Point and click where you want to send the blade.

The blade can only be sent while energized.

Sending the blade exhausts it.

The blade cannot be destroyed, only exhausted.

Enemy IPS die in one strike from the blade.

The blade will be re-energized upon destruction of an Enemy IPS.

The blade will be exhausted upon detection by an Enemy IPS.

R to reset the current level.

ESC to quit to the main menu.

SlowAction: The source code is gone?

ChamberedJustice: Yeah, I came to tell you as fast as I could. The Board noticed right away--one of the backups of that new proxy vanished.

SlowAction: So we didn't lose it... thank goodness...

ChamberedJustice:  That's not the point. It wasn't just random data corruption. The Board doesn't make a mistake like that. This was a burglary.

SlowAction: Then who could have...

ChamberedJustice:  Not even worth asking. The only people  that even have remote access to proxy code are our own GKCorp proxy users. This wasn't a low profile operation. They took remote control of Tired_Blade, duplicated it, and spread copies all throughout the internet using our OWN SURVEILLANCE SYSTEMS. ChamberedJustice:  Here's the kicker... I checked the logs. The Board knew something was up before the proxy user even touched the blade's code. It tried to stop them-- but it was held back.

SlowAction: As it should be.

ChamberedJustice:  If the Board had permission to act on its own it could have STOPPED THIS. It can't do anything if it has to wait for some slow monkey to verify every move it makes.

SlowAction:  That's enough, Alex. What does the Board think the intruder wants to do with these proxies?

ChamberedJustice:  I could'a told you that.  It's just a distribution of weapons to a group of terrorists.

ChamberedJustice:  Why... why is it always my...

SlowAction:  Oh, duh, I suppose this is the more important part. Which of our proxy users do we need to kill for this betrayal?

ChamberedJustice:  The one you assigned me a couple years ago. The proxy they operate...

Made for Mini Jam 47: Internet

Limitation: Everything must die in one hit!

This was my first game jam, and boy has it been a weekend. I'm proud of what I accomplished and learned.

The game's puzzles get increasingly difficult, and get pretty unreasonable near the end. This is because I ran out of time to make well-thought out puzzles, so I put some together and played until I could find a solution. Next time, I need to allocate more time to level-building.

But I love this game idea and will probably make more levels for it in the future. I've tried for years to make a game that evokes the "simple puzzle flash games" that I grew up on, and I think I finally cracked the code; all because the limitations of a game jam forced me to keep it simple.

Thanks for playing, and let me know what you think! 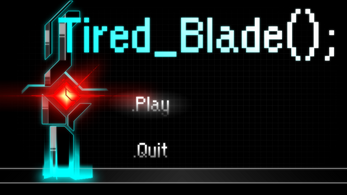 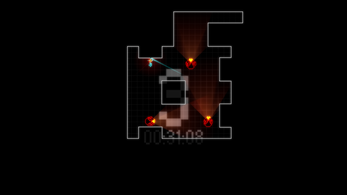 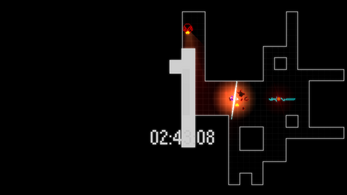 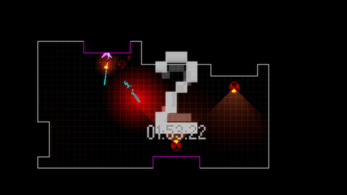 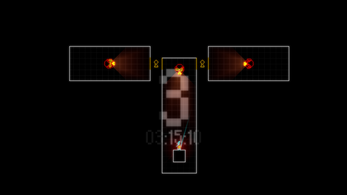